Beit Terezin and the Goethe Institut invited the public

to the re-screening of Giora Gerzon’s film

Based on Inga Auerbacher’s book “I am a star”.

Inge Auerbacher, born in Germany documented her childhood under Nazi rule. Filmmaker Giora Gerzon, of Steven Spielberg’s commemoration-documentation foundation, created a unique film based on Auerbacher’s poems and story of how she and her doll survived Theresienstadt together.

This year, Inge Auerbacher was invited to speak before the German Bundestag on International Holocaust Remembrance Day.

The event was held on Monday, September 19th at 6:00PM , at the Geothe Institut Tel Aviv 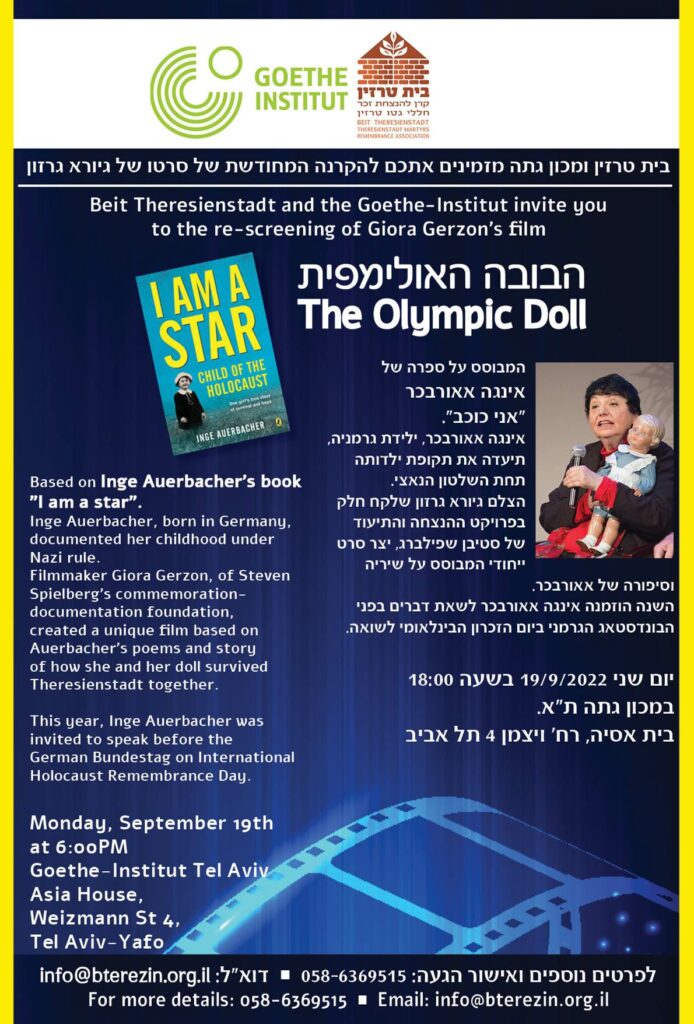 Crafting Heritage: The Art of Holocaust Remembrance – A Homage to David Friedmann

Crafting Heritage: The Art of Holocaust Remembrance – A Homage to David Friedmann

The Nazi ghetto of Theresienstadt (Terezin in Czech) near Prague, is often remembered for the incredible cultural endeavors of its Jewish inmates: in appalling conditions and in the shadow of deportations to death, the Jews there created art, held concerts and plays, and performed operas such as ‘ Brundibar”. In reality, almost 34,000 people, the majority of them elderly German and Austrian Jews, died of disease, starvation, and neglect within the ghettos walls; thousands more were among the 88,000 deported to the death camps from the ghetto.

Today, most of these elderly men and women remain unremembered ghosts, whose lives, and suffering would have been forgotten by history had not an incredible group of Theresienstadt artists felt compelled to secretly draw their plight.

In this talk, we will examine the artwork these brave artists created in that hellish place and by doing so, we will give a face to these faceless victims, and remember their humanity. 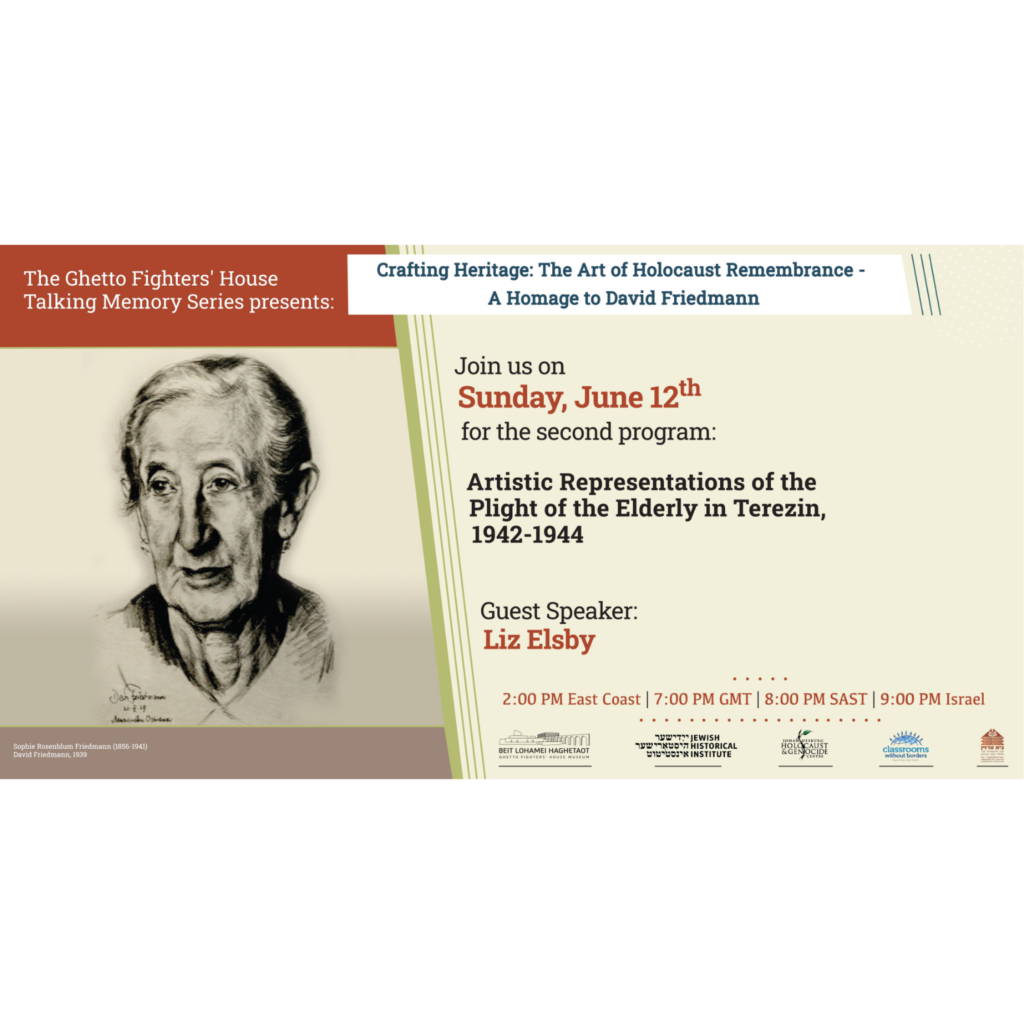 For 20 years, 1,564 Czech Torah Scrolls looted by the Nazis lay in the damp ruined Michle synagogue outside Prague. Rescued by a Jewish philanthropist and placed under the auspices of the Memorial Scrolls Trust (MST), these Torah Scrolls have become symbols of Jewish continuity. MST is now graciously loaning a Torah Scroll, once used by the Jewish community of Olomouc, to Beit Theresienstadt where it will become an inspirational source of a unique Bar/Bat Mitzvah Jewish Heritage educational program.

Beit Theresienstadt, together with B’nai B’rith International, the International March of the Living,  the Terezin Memorial and the Jewish Museum in Prague, had rededicated the MST Torah Scroll at the Czech Republic annual Commemoration of the Liberation of Theresienstadt. The final event of this Journey of Remembrance and Renewal took place when the MST Olomouc Torah Scroll was installed to its new educational home at Museum Beit Theresienstadt (Kibbutz Givat Haim Ihud). 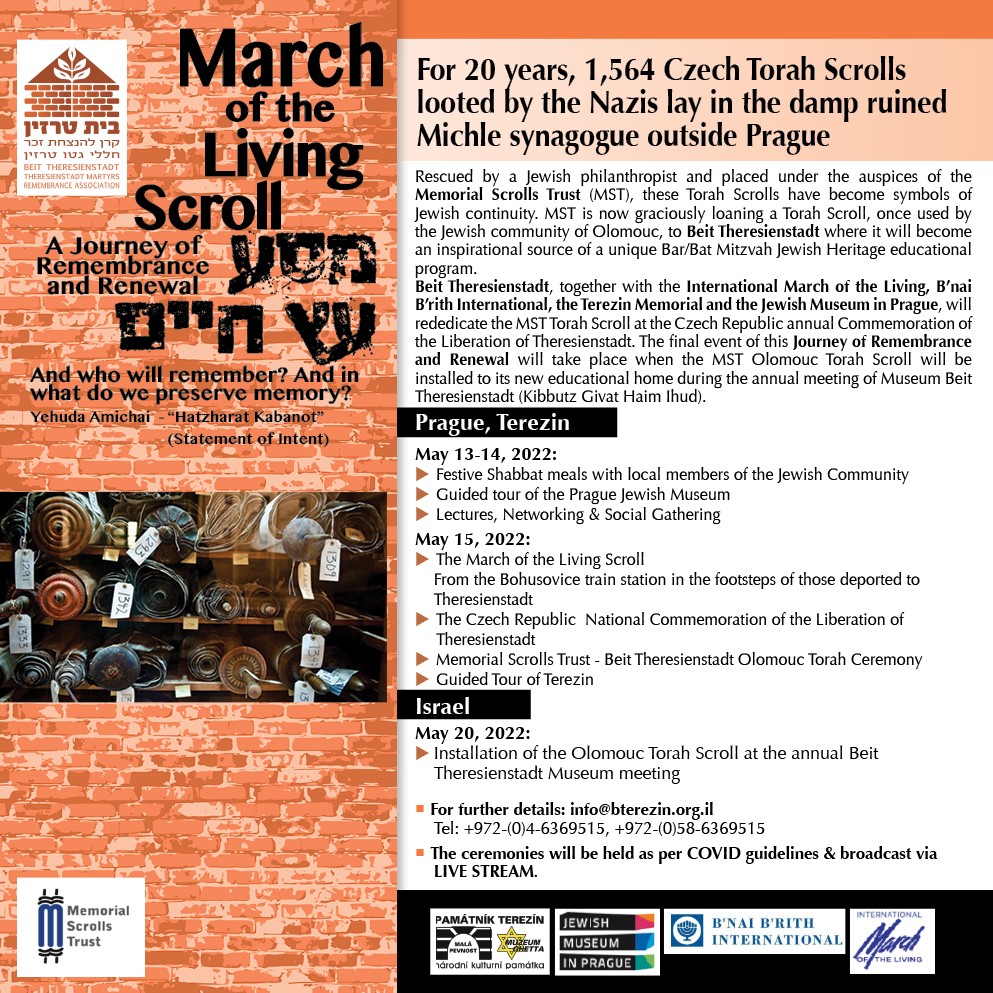 The grand opening took place on Tuesday 19.4.2022 in the presence of public officials, survivors and artists. 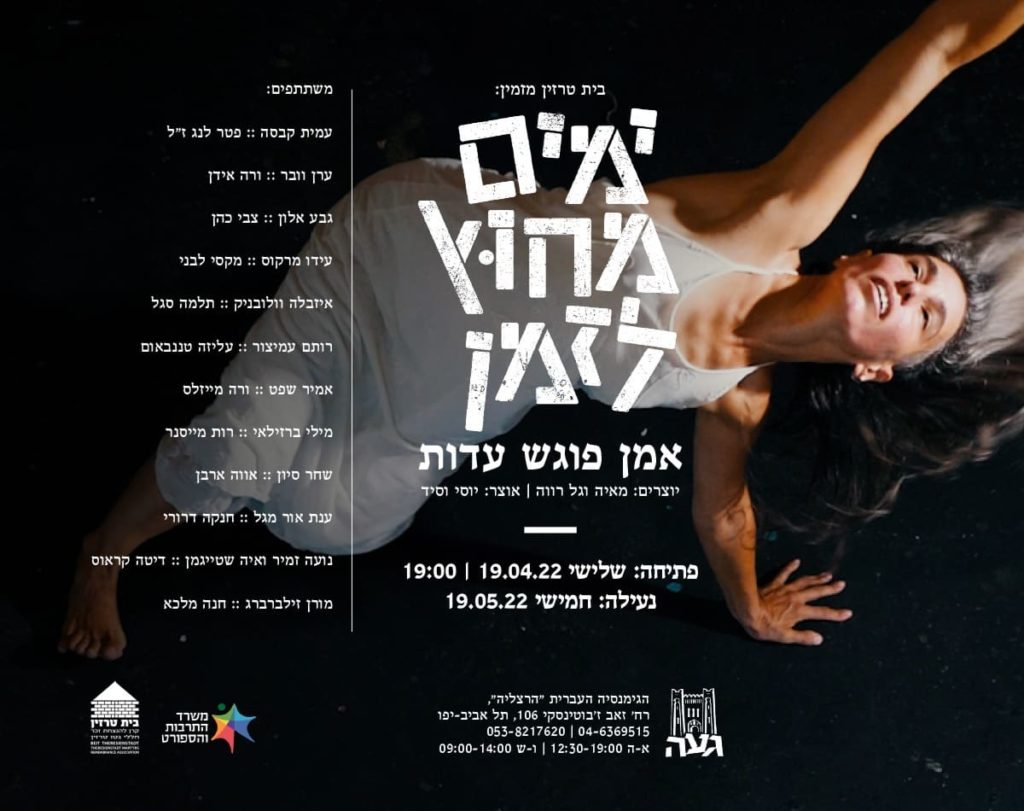 Dancing on the Edge of a Volcano 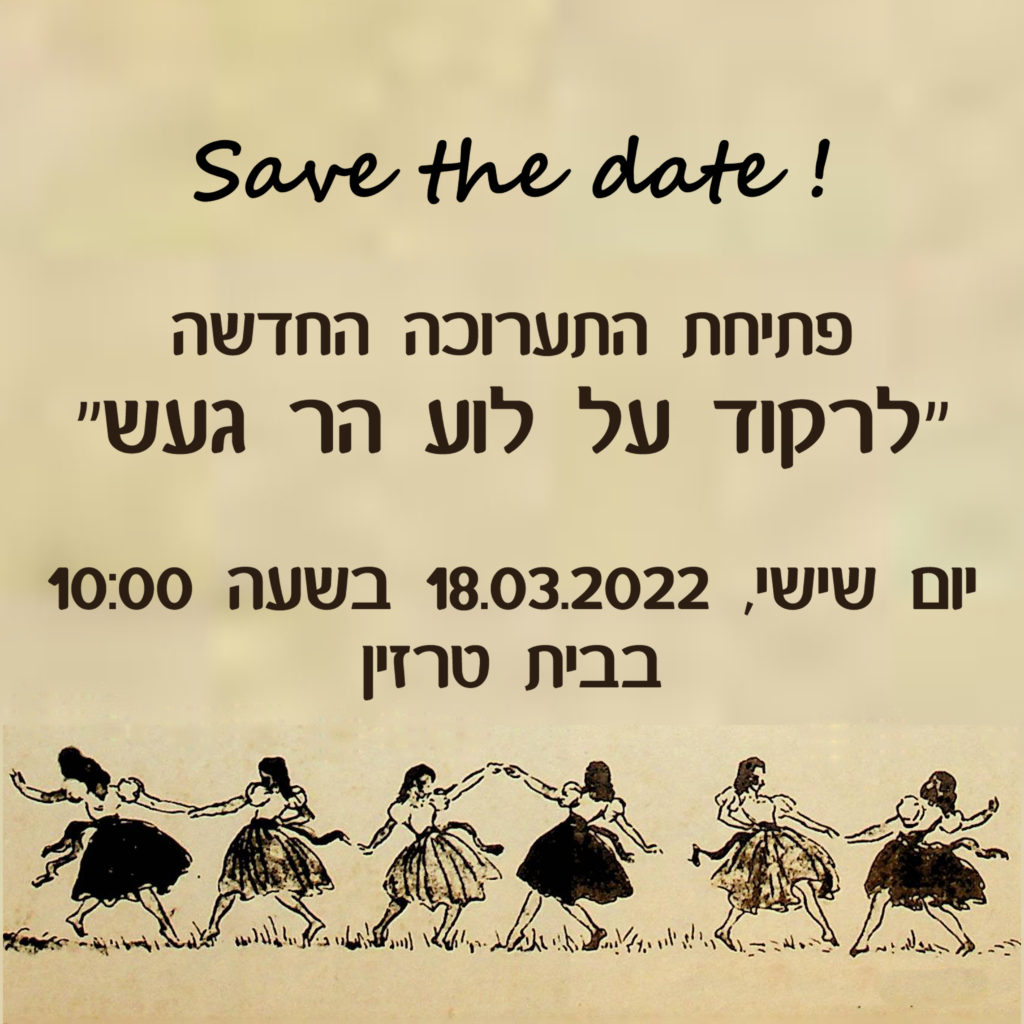